Want to know what the Call of Duty: Modern Warfare 2 release date is? The new FPS game was first teased by developer Infinity Ward who confirmed its existence with a shiny new ‘MWII’ logo on Twitter. Modern Warfare 2 is a direct sequel to 2019’s Modern Warfare 1 reboot. The next instalment sees Captain Price assembling a new group, Task Force 141, to take down the Russian terrorist Victor Zakhaev.

Activision Blizzard announced on the Call of Duty blog back in June that  Call of Duty: Modern Warfare 2 is set to launch on October 28.

In April, a select number of fans and influencers were given the opportunity to get the first sneak peek preview of Modern Warfare 2 at an exclusive event during the NFL 2022 Draft in Las Vegas.

The last few Call of Duty games have supported crossplay and cross-platform play, but there was some confusion about whether Modern Warfare 2 would due to the engine upgrade. The devs haven’t confirmed if Modern Warfare 2 supports crossplay, though it would be a surprising omission if it didn’t based on the previous games.

Most games in the Call of Duty franchise ship with three game modes; Campaign, Multiplayer, and a third mode such as Spec Ops or Zombies in Black Ops Cold War. TheGhostofHope returns with some rumours around the third game mode that players can expect in the new Modern Warfare 2.

In a tweet, they call the new game mode for Modern Warfare 2, DMZ (Demilitarized Zone), which will reportedly launch in beta. DMZ is inspired by Escape from Tarkov in which leaker Hope says, “What you take with you, you can lose. More tactical”.

Modern Warfare II’s third mode ‘DMZ’ will include a marketplace where items can be bought and traded. You are able to earn skins, blueprints and more from ‘DMZ’ that are usable across Multiplayer and eventually Warzone 2. pic.twitter.com/Y76awTjwYq

TheGhostofHope also suggested that DMZ features “a marketplace where items can be bought and traded,” which would mark a first for the Call of Duty franchise. They add, “You are able to earn skins, blueprints, and more from DMZ that are usable across Multiplayer and eventually Warzone 2.”

The latest DMZ leak comes from the NFL team, the LA Rams who had the chance to play Modern Warfare 2 at an exclusive preview event. Twitter user Fawzi managed to re-upload some of the leaked photos from the event. One of the photos shows off DMZ as a playable game mode, confirming the rumours from TheGhostOfHope.

As with any reboot, there’s always the hope that fan favourite maps make their way back to the modern game. If Modern Warfare 1 is anything to go by, we can expect to see some returning maps in Modern Warfare 2, though this may not be the case at launch. Crash and Shipment, two staples Modern Warfare 1 maps were added to the rebooted game in Season 1.

DMZ has at least 4 maps in development. The Warzone 2 map is entirely separate and is not in any way connected to DMZ. All of these maps differ considerably in design; some are catered for open-world, others more concentrated and dense. pic.twitter.com/0f98LiLoPi

If the new DMZ game mode does come into fruition, leaker TheGhostofHope reports four new maps are in development for this game mode alone. Adding, “All of these maps differ considerably in design; some are catered for open-world, others more concentrated and dense.”

That’s everything we know so far about Call of Duty: Modern Warfare 2. If you want to read about the Activision lawsuit, you can keep up with all the developments in our regularly updated explainer article. Don’t forget to check out our guide on all the latest information on the Warzone 2 release date. Speaking of Warzone, if you haven’t caught up with the battle royale game in some time, we highly recommend reading our best Warzone loadouts guide to equip yourself with game-winning setups.

‘House of the Dragon’ Episode 7 Mailbag: How to Claim Your Dragon

‘House of the Dragon’ Episode 7 Mailbag: How to Claim Your Dragon

October 5, 2022
How Long Will This SUCKERS Rally Last? 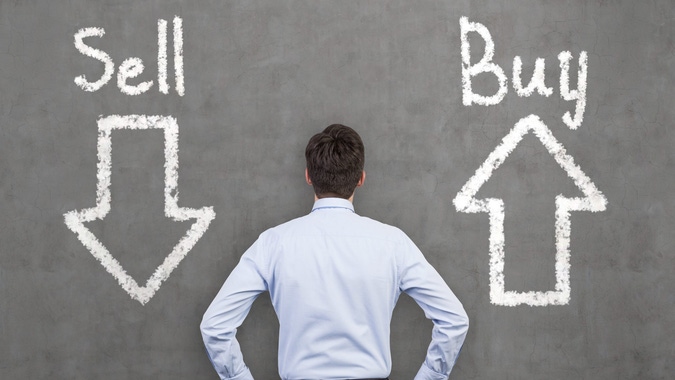 How Long Will This SUCKERS Rally Last?