Dead Cells update 30 is live on PC now, and it’s bringing a handful of welcome additions to the roguelike game. We’re torn on which we prefer the most – the long-awaited Panchaku weapon or the option (finally!) to give your adorable, terrifying pets a lil’ cuddle. Actually that’s not true. Much as we want to give the flying sword a hug, we want to swing some crit-hitting frying pans around even more because who wouldn’t.

Evil Empire says the Panchaku lend themselves to some of the best combos in the game, but even if you aren’t given to stringing attacks together for fun, they’re still worth experimenting with. Any hit you land with the Panchaku on an enemy facing you is guaranteed to be a critical hit.

Elsewhere in Dead Cells’ new update, Evil Empire tweaked 29 other weapons and skills to help bring more balance to combat and swapped legendary items for legendary affixes, which attach to your legendary weapons and add more bonuses aside from just increasing the amount of damage they deal. That’s handy, and even handier is the option to make every item legendary with a new toggle found in the options menu. 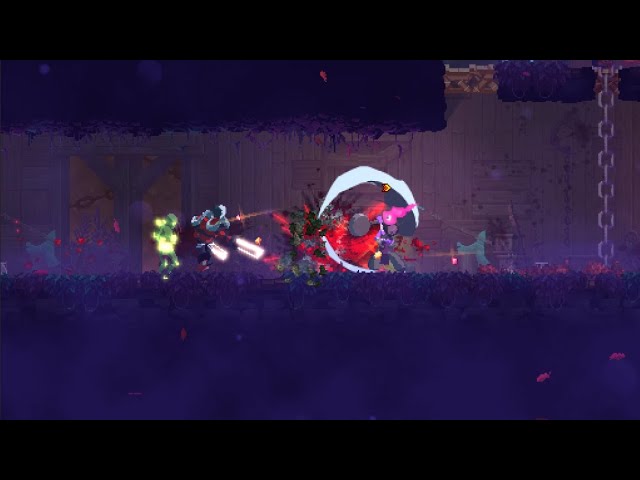 Finally is the chance to use the interact button and give your pets a bit of special attention. It doesn’t do anything, as you’d expect, but it is very cute and sweet.

You can check out the full suite of updates on the Dead Cells update 30 patch notes page.

Evil Empire reassured fans that future Dead Cells updates are still very much in the works and said the game is still in its “mid lifecycle,” so expect plenty more Dead Cells for the rest of 2022 and well into 2023 in what the devs previously said will be the game’s “most exciting year yet.”

All this comes after a pretty substantial few months in 2022 already, including a very cash money update that added a money-themed biome and an even bigger set of changes with the game’s first-ever accessibility update in June.

September 28, 2022
Overwatch 2 has new anti-cheat protection that might mean you can’t play