The Hooked on You release date has finally been revealed thanks to a shock announcement. During the first-ever Behaviour Beyond showcase on August 3, the long-awaited Hooked on You: a DBD Dating Sim release date was announced… as August 3.

Yep. While we’ve been waiting all this time for a more concrete release date than “Summer 2022”, Behaviour decided to drop it on us on the day, so you can go ahead and download the Steam exclusive right now. Don’t, though, finish reading this first, because we’ve got some hints you might want to know about. But beware, there are some spoilers ahead. 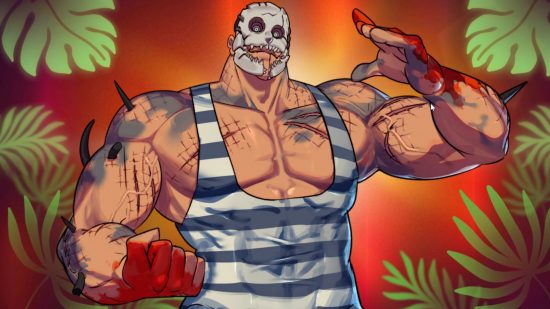 Hooked on You became a reality thanks to the passionate nature of the Dead by Daylight fanbase, and the DBD dating sim was announced during the May 25th DBD 6th anniversary broadcast. Behaviour caved to the pressure, but of course wanted to do it justice, bringing in Developer Psyop – creators of the equally delightful I Love You, Colonel Sanders – to turn our favourite DBD killers into cute, somehow-sexy suitors.

In short, the DBD dating sim is as bonkers as you’d imagine. Trading in the dark and gloomy setting of Dead by Daylight’s various maps, Hooked on You is set on Murderer’s Island, a stunning island paradise complete with white sand and colourful cocktails. Of course they never say it explicitly, but it’s essentially The Bachelor for killers. Complete mini-games and answer personal questions to win over the murderer of your dreams, and be careful who you turn down… despite the stunning scenery, they’re still all clutching their deadly weapons. 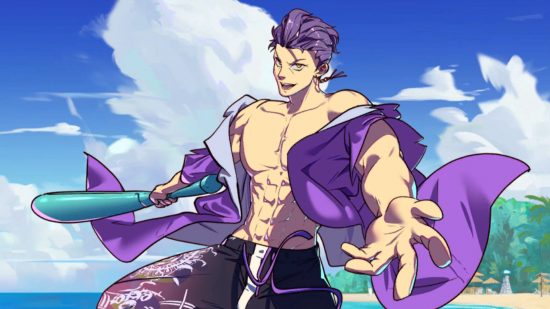 During an early press briefing for the surprise Hooked on You announcement, Behaviour Head of Partnerships Mathieu Cote answered some tough questions. Most prominently, he was of course asked if there would be any more killers or chapters coming to the game in the future. Not wanting to give anything away, Cote also didn’t rule anything out, stating that “there is content enough to do a couple more chapters if we were so inclined, or if the demand is high enough.”

When asked if there was a possibility of any licenced characters like Michael Myers being datable in the future, Cote confirmed that it had been thought about, but would of course need to be a conversation had with every individual partner. The difficulty with licensed characters, Cote continued, is that Hooked on You “changes the perception that people will have of our characters, and that is not something that is easy to do with licensed content.” So we’re probably more likely to see some more original DBD characters in the future, if any. Though Hooked on You may already include more than just the four announced killers as it is *wink wink*.

Before we even consider future chapters, though, there’s still plenty of content on day one to keep you entertained. With hilarious jokes and IP Easter Eggs (what was that about “herbs and spices”?), as well as those numerous endings and possibilities, you’ll no doubt want to play Hooked on You over and over to try your hand dating each of the currently available killers.

If you’re hooked on the game already and can’t wait to meet your match on Murderer’s Island, download Hooked on You on Steam right now.

The cost of a ‘free’ VPN: When cheap is expensive

The cost of a ‘free’ VPN: When cheap is expensive

September 26, 2022
Our favorite free audio editor gets some long-awaited improvements

Our favorite free audio editor gets some long-awaited improvements