Minecraft and The Legend of Zelda have never had an official crossover, but that’s never stopped fans before. Players love recreating the stunning scenery of the best Zelda games, voxel by voxel, but this new Minecraft mod basically turns the sandbox game into Breath of the Wild.

YouTuber CRAIY likes to make different datapacks for Minecraft and has now put out a video on their new Breath of the Wild mod. You can see just how game-changing it is within the opening forty seconds. It shows off what are basically Bokoblins, Sheikah Towers to climb, and even some of the Sheikah Slate powers Link gains in his journey. Here’s the Link if you want to play around with it, or check out the video below. 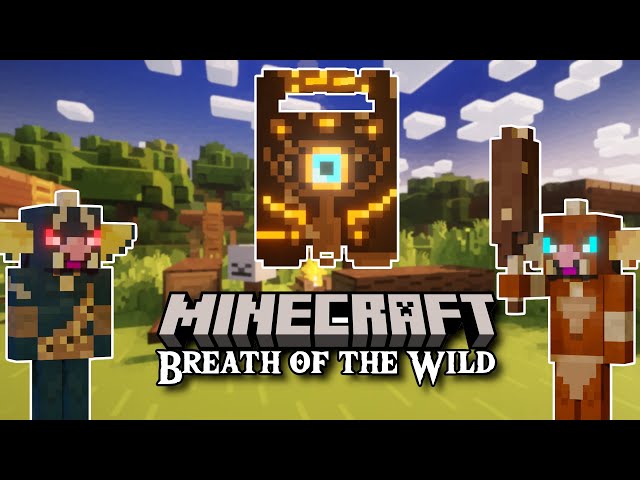 The Sheikah Towers actually spawn within the world randomly, and getting to the top of them grants you the Shiekah Slate itself. It means that you can go hunting at the beginning of any of your new adventures to gain new powers, and maybe even have a chance to grab a paraglider from the chests on top of them as well. It’s an incredibly cool way of integrating Breath of the Wild into Minecraft in a natural way.

The powers are also incredible, with Magnesis allowing players to move around metal blocks smoothly, Stasis allowing you to build up force on mobs, and Cryonis spawning in ice pillars on water. There are even bombs too, which don’t damage the environment but would be excellent for clearing a room of the dangerous Minecraft mobs that lurk in dark places. It’s an astounding mod that is still being worked on.

If you’re hoping for something a bit more musical, you’ll be glad to know someone reproduced the Ghostbusters theme song using Redstone.

September 28, 2022
Nreal brings its AR glasses to iPhones and the Nintendo Switch, but it isn’t cheap

Nreal brings its AR glasses to iPhones and the Nintendo Switch, but it isn’t cheap